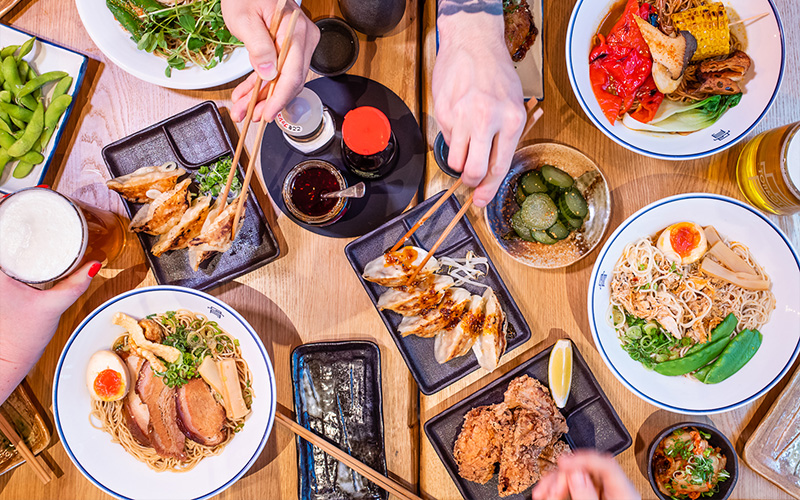 This will be Tonkotsu’s first full site outside of London and we can look forward to their signature hearty bowls of ramen and their famous plump gyoza.

So what’s on the menu? Of course, there’s the brand’s signature Tonkotsu ramen that it’s named for (tonkotsu is Japanese for pork-bone broth). Tonkotsu’s dish is a rich and creamy pork and lardo broth with thin-cut noodles, topped with roast pork belly, bamboo shoots, bean sprouts, spring onions, burnt garlic oil and a seasoned egg.

Other favourites include the Chilli Chicken Ramen – a chicken and sea salt broth pimped up with Tonkotsu’s Eat the Bits Chilli Oil (which you can buy online and smother everything in at home while you wait for the Brighton site to open) – and the vegan Mushroom Miso ramen. You can also customise your soup with extra toppings, such as kimchi or the scotch bonnet hot shot if you’re feeling extra spicy.

And what about those gyoza? Yep, they’ll also be serving up freshly steamed batches of the classic pork, ginger and garlic, as well as king prawn, and shiitake and ginger. For chicken fans, there’s fried chicken kara-age and Eat the Bits Chilli chicken wings, as well as a new vegan cauliflower version.

Drinks-wise, they’ll be pouring a specially made sake from the Tsuji Brewery in Okayama and serving beer from Brighton’s own UnBarred Brewery.

Brighton-based firm Blenheim Design have created a modern design for the new restaurant with patterned tiles, sleek wooden floors, and bright red stools at the separate bar area, as well as an LED light installation of Tonkotsu’s mantra since day one – ‘If you don’t make your own noodles, you’re just a soup shop’.

Can’t wait until June? Well, you’re in luck because you can get a taste of the good stuff at Tonkotsu’s May Bank Holiday pop-up at UnBarred brewery on 28th and 29th May. You’ll be able to get stuck into some gyoza and maybe even get your hands on some prizes and special offers before the restaurant’s June opening. 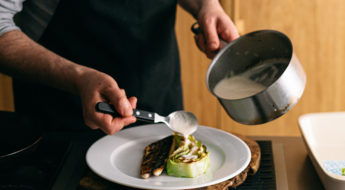 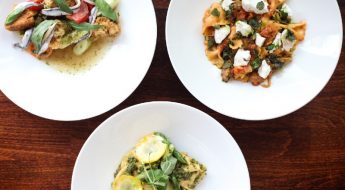 cin cin to open in london