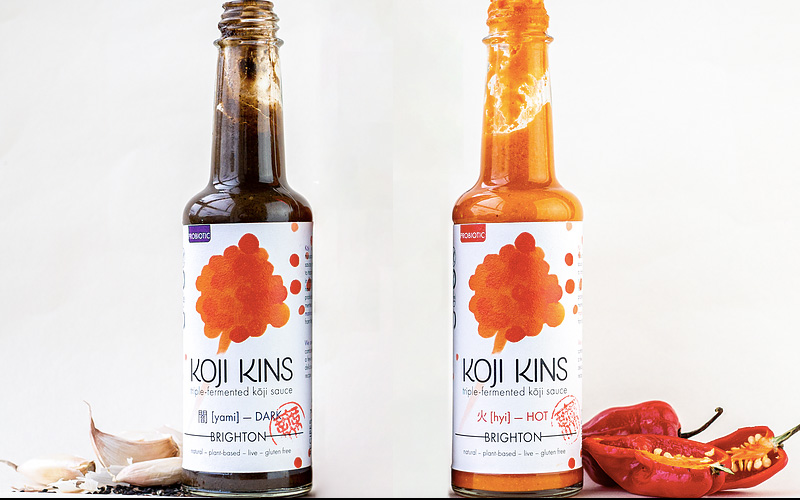 the tasty new sauce that harnesses the power of mould

What do you get if you mix two doctors with a passion for gut health and some Japanese mould? Strange as it may seem, a bloomin’ delicious sauce that’s actually good for you, that’s what!

The two immediately started bubbling, fermenting and cooking but it wasn’t until Ramy, who’s also doing a degree in nutrition science, discovered Koji on a trip to Japan that they went full steam ahead on turning mould into a gut health-supporting tasty sauce.

“We’ve really focused on making a healthy sauce that still packs a punch – and our Koji really helps with that!,” Ramy told BOTI.

The triple-fermented sauces — Hyi (spicy), Yami (BBQ meets umami) and Shio (coming soon) — are vegan, gluten-free, prebiotic and probiotic, and made in Brighton from 100 percent natural ingredients. Plus, the bottles are reusable, so you can even have a go at making your own sauces and the friendly bugs and Koji Kins left in the bottle will help get the process going.

These clever Koji Kins are super versatile, too: you can use them for dipping, marinading or curing overnight in the fridge — this unlocks the hidden depths of the sauce and we can testify that this totally works — or just have a wee nip from the bottle.

So what is Koji? Yes, it’s a mould. But don’t be put off, it’s been used for centuries in Asia to turn soybeans into miso and rice into sake. Like we said, it’s mould, so you don’t eat it on its own, you grow it on grains, such as rice. And it’s the fermentation process (triple fermentation in the case of Koji Kins’ brilliant sauces) that breaks down the enzymes in proteins, giving you all that delicious umami punch.

You can read more about their process — although their fermentation times are a closely guarded secret — on their website.

Koji’s super power is its transformational ability and we’re not even exaggerating — we were seriously impressed with what it did to some simple mushrooms.

Whether you dip, marinade or cure, it gives proteins a bolder, even more delicious, flavour. We’ve only tried the deliciously dark Yami so far and with its gloriously full-bodied taste, it works a treat on everything (we got through a bottle in a week, so that tells you something). It particularly loves meaty veg, like mushrooms and aubergines (this recipe is an absolute treat).

Excitingly, though, these sauces aren’t just bloody delicious, they’re good for us, too. The importance of gut health is finally starting to hit the mainstream and this is a subject that these two are really passionate about. And, as doctors, they understand a thing or too about the importance of the gut microbiome — ie all the trillions of bacteria, viruses and fungi that live inside our intestines — in making sure we stay healthy.

Fancy giving them a go? They’re already stocked in Health Rebels in Hove, their website shop has just gone live and they’ll also be at the Brighton Vegan Festival this weekend if you fancy a taste.

Go on, embrace the mould, you won’t regret it. 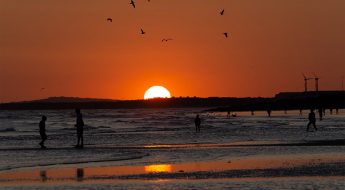