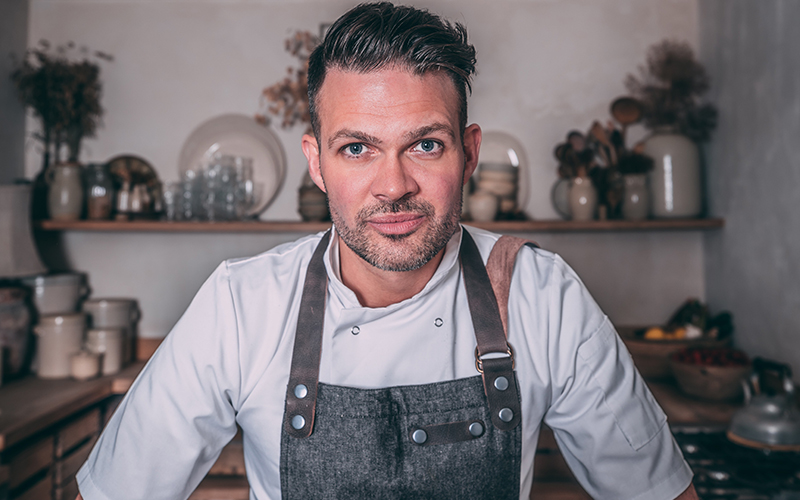 It’s been a year since he opened his first Brighton venture – smoking robata grill kitchen Ox Block – at Shelter Hall and now the chef is partnering with local Sussex brewery Harvey’s and taking over the kitchen at the cosy Lord Nelson Inn on Trafalgar Street.

Harvey’s is “THE Sussex brewery, and the Lord Nelson Inn is one of my favourite Brighton pubs, what could be better than that?” explained Kenny.

Opening this June for lunch and dinner, you can expect to see some of Ox Block’s meaty marvels, such as High Steaks (Sussex 40-day aged sirloin with Harvey’s beer-braised onions), Gunpowder Chicken and that mouthwatering heart-stopper, the Deep-Fried Oreo. In need of your meat fix before then? You can still get your hands on their dishes at Shelter Hall until 2nd May.

Smashing stuff
But that’s not all! Kenny’s also launching a new brand – Patty Guy – at Shelter Hall. Launching on 5th May, the menu will feature smashed burgers, peanut butter malt and cherry bakewell and sides, such as bacon chilli cheese fries and buttermilk-fried pickles.

“…It made sense for us to team up on Patty Guy when we saw the success of the burgers we were putting on the menu [at Shelter Hall]. I don’t think you can beat an excellent burger with all the right trimmings,” he explained.

And if you’re wondering what exactly a smashed burger is, Kenny filled us in: “A smashed burger for me really highlights the aged steak. The ball of beef gets flattened directly onto the grill, hence the name smashed, so you get maximum flavour. A regular patty is usually made up beforehand and, for me, doesn’t quite get as much meaty umami flavour.”

So there you have it – bring on the flavour! 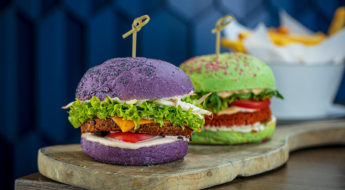 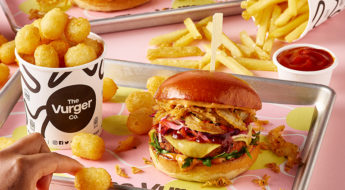 new limited-edition burgers to get excited about 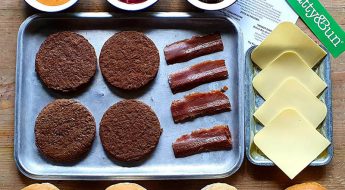 make your own patty & bun at home 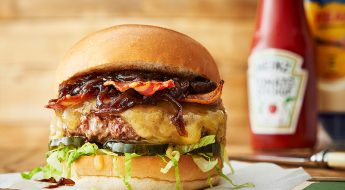 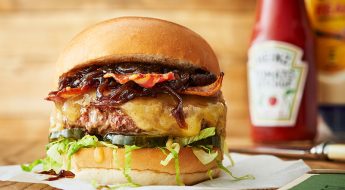