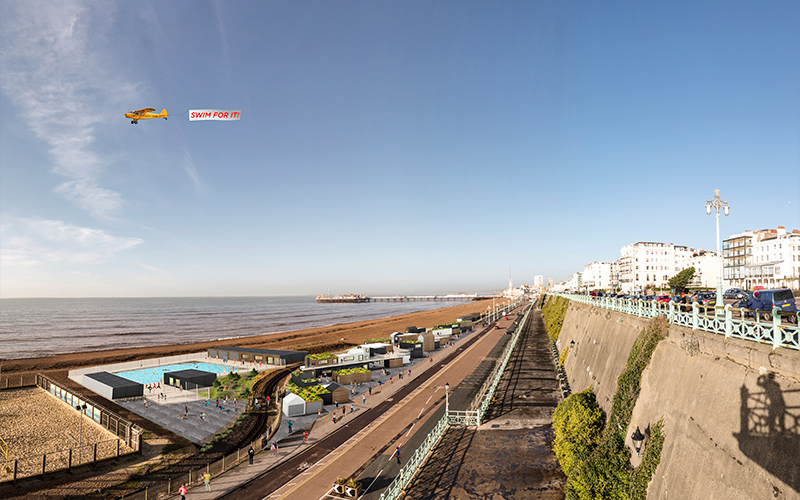 But all is not lost: the Sea Lanes team have now submitted revised plans to the council, taking into account the Council’s reasons for refusing the initial scheme. They’ve reconsidered the design, which is now more in line with existing seafront buildings and the Terraces, and they’ve moved the planned pool site further up the beach closer to Yellowave to reduce the loss of public beach (one of the Council’s bugbears with the initial plans). Gone are the bright primary colours of the first scheme. They’ve been replaced by elegant buildings in muted earthy tones with green roofs to support biodiversity on the site. “We’re trying to get in front of the committee on 3 April before the Council elections,” Sea Lanes’ Andy White told BOTI.

If you want to get behind the scheme and help make this fantastic pool and development a reality, you can comment on the planning portal or write to your local councillor. We’re keeping our fingers firmly crossed that the next decision is a positive one (and, in the meantime, their guided sea swims are keeping us going)! 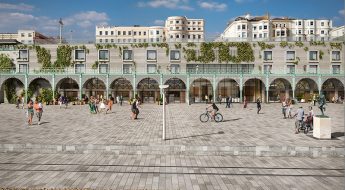 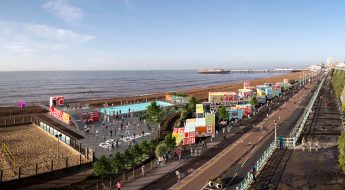