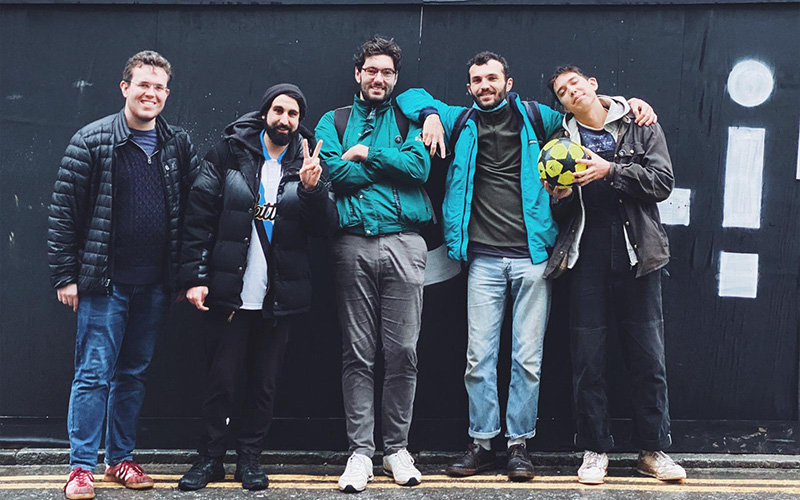 football for future: the brighton organisation looking to ‘green up’ football

Last August, Joel Foreman and four of his mates were making the most of a beautiful day in East Brighton Park, enjoying the relaxation of lockdown rules with a nice game of football.

After tiring themselves out, they started to ponder the lack of sustainability in the sport they love to play and watch. More is being done, but there are still many areas where football needs to reduce its impact on the environment: from energy use and travel emissions to single-use plastics.

As football fans, Joel [above, in the middle] and his friends are keen to remedy this, so they created Football for Future, or FFF. With FFF, they want to “establish meaningful communication” between fans and clubs – they feel this is the best way to get the conversation going within the game and put pressure on the sport to become greener.

The FFF team hope this will galvanise football fans into action in the same way they have been encouraged to talk about the BLM movement as a result of players taking the knee before each game.

Joel believes that the players “can’t just be considered footballers”, adding, “football attracts huge audience figures and is the perfect platform to share this vision”.

“Football has a voice. A few players, such as Héctor Bellerín, have spoken up, but overall, the clubs should do more,” the 25-year-old tells BOTI.

Bellerín plays in the First Division of English Football for Arsenal and has become a role model by combining football with activism. He is pro-BLM, plants 3,000 trees for every victory for his team and has even launched the ‘More Than‘ podcast in which he speaks to fellow professionals about what they do outside of the game.

Fans of clubs from around Europe have already been pushing their respective federations to further action.

In September last year, a German initiative, which translates as ‘Our Football’ in English, was backed by around half a million fans demanding that the game become “sustainable and contemporary”.

A greener future
The FFF team are still in the early stages as an organisation – their website was launched at the start of this year. But they believe 2021 is going to be a big year for them.

“The more awareness [there is] about the issues, the more solutions there will be,” says Joel. “We want to change the direction of football over five, 10, 15 years. Whether that’s emissions from travelling to games or plastic usage. As human beings, we want to see the world improve. It’s a lifelong goal for us,” he adds.

They hope to get professional players, such as Harry Kane and Fran Kirby, on board in the future. For now, they are looking to start small and build the foundations.

“We were at an event last year attended by [New Zealand International and Lewes FC forward] Katie Rood. She spoke really passionately about the need to make a change,” says Joel.

Also in attendance that day was David Goldblatt, a journalist specialising in football and the environment. He believes the sport is “in extra time already” in the fight against climate change:

“Football has woken up to its environmental responsibilities and the environmental dangers facing it. It has extraordinary opportunities,” David told the BBC.

As for the FFF team, they plan to launch a fundraising campaign when lockdown comes to an end.

“We want these [campaigns] to be engaging and interactive,” says Joel.

“We’re hoping to get a few pros in attendance as well, host a few football matches and set up some talks and events with football fans from around the world.”

“We want to bring our message to one of the largest political events of the decade,” explains Joel.

With organisations like FFF tackling sustainability head on, the grass is certainly looking greener for the future of the beautiful game. 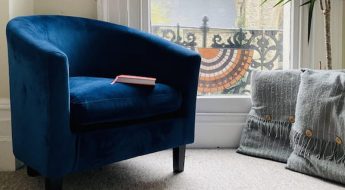 how to transform your space without spending a fortune