Ever wondered what it would be like to be a real-life Willy Wonka, with pools of melted chocolate and all-you-can-eat sweets ready for your picking? Well, that is a reality for Sussex chocolatician Jen Lindsey-Clark, as she spends her days creating masterpieces out of the creative cocoa beans she gets her hands on. We caught up with her to find out exactly what it’s like to have so much cocoa in your life.

So, Jen, please do tell… what exactly is a chocolatician and how is that different from a chocolatier?
Well, to the best of my knowledge, I am the only chocolatician currently to walk the universe; it’s a very special breed of chocolatier, one incorporating sculpting, sharing the science behind it and creating the most delicious and mind-blowing chocolate art. Like a magician but with chocolate! In all honesty, it was a term made up to describe what I do following a competition on Facebook. It worked out pretty well I think.

What you do with chocolate really is magic in our BOTI eyes, but how did you get into chocolate crafting?
I trained as a pastry chef in my twenties and whilst working in hotels and restaurants, I worked with some incredibly inspiring chocolate experts and had the opportunity to go to chocolate school to learn some tricks of the trade. I quickly realised that chocolate was my medium of choice when it came to edible art.

Wow, so chocolate school really is a thing! What’s been the best thing you’ve ever made?
I think my most favourite creation was the Orient Express that I created for Godiva Chocolate and 20th Century Fox. It was commissioned to promote the new Murder on the Orient Express film that starred Judy Dench and Johnny Depp last year. It was the most challenging project I have undertaken so far in my chocolating career; it was the longest to construct (it took three months) and the most inventive. Essentially, it involved creating a ten-foot long stream train-shaped chocolate jigsaw puzzle. I had to figure out how all the separate pieces would be made and then put it all together so it looked as lifelike as possible, but still definitely made of chocolate. Installing it at the top of the red carpet at the Royal Albert Hall for the world premiere was a very proud moment for myself and the team.

That sounds and looks amazing. But what would be the thing you would most like to make out of chocolate?
The follow-up to the Cumberbunny! I am on a constant roller coaster of imagination when It comes to the next big thing in chocolate. The Cumberbunny was an Easter bunny with Benedict Cumberbatch’s face. In fact, it was the product that launched Chocolatician back in 2014. I would really like to create a follow-up to him, preferably a female version, mixing together a female celebrity and a woodland creature. Maybe someone has a suggestion? [We like the idea of a David Meowie, ourselves…]

We’ll get our thinking caps on. But in the meantime, a very important question we’re sure all chocolate lovers are pondering. Do you still like chocolate after working with it so much?
I wish I had a pound for every time I get asked this question. My answer is always dependent on the type of project I have on at that particular time. When I am up to my elbows in chocolate for weeks on end, chocolate is quite literally the last thing I want to eat, but give it a couple of fallow weeks and I’ll be back into it and snapping bits off here and there at the studio just to ‘make sure’ quality is constant!

Glad to hear it. So, what’s your favourite chocolate?
I like all sorts of chocolate. I am in no way a chocolate snob. I can be very into artisan makers, especially the London-based bean to bar chocolatier Damson. I particularly like his Buffalo milk chocolate with liquorice and Anglesey sea salt. But like I say, there are times when you just need a Double Decker or a Chocolate Orange for everything to be alright with the world. So, coming back to your chocolate-making… what’s the weirdest request you’ve had to make out of chocolate?
Hmm, there have been a couple I can’t really mention. A bit rude! But I think there are two joint winners that I can mention: the first was a pair of chocolate dentures for a hen party cake where the ladies would all be dressing up as old ladies and participating in sports day-like activities! The other was this Easter; I was contacted by Amazon to make 20 chocolate Amazon Echos as a promotional project. Chocolate speakers… what will they think of next? [A chocolate teapot, perhaps? Yep, we’ll leave the ideas to you…] 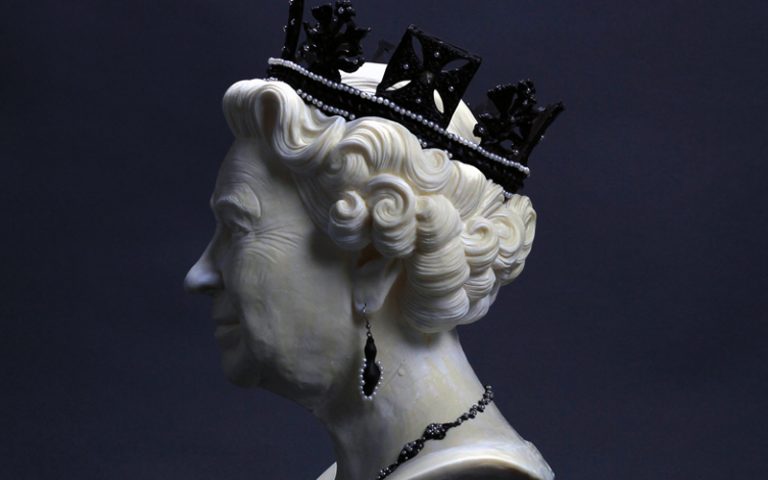 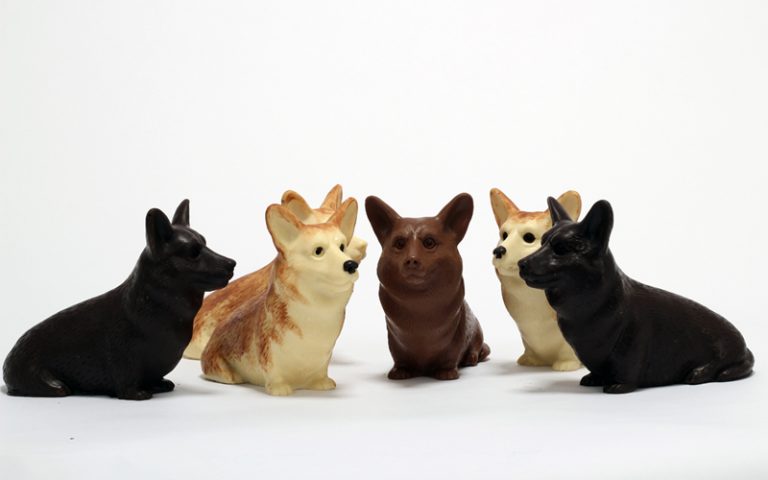 Where in Sussex do you live and what do you love about it?
I live in Shoreham-by-Sea in West Sussex with my boyfriend Andy and my son. Shoreham is a wonderful place to live – a five-minute walk from the Downs and the sea.

And what about your favourite spot in Brighton & Hove?
Devil’s Dyke. The views and sunsets are unbeatable and it makes me feel literally on top of the world!

Finally then, before we head off for a chocolate break, what would your perfect day in Sussex look like?
An early morning trip down to my local beach, Kingston Buci, where the lighthouse and lifeboat centre is in Shoreham. It’s a fantastic place to watch the shore life, in and out of the water. I would have a leisurely canoe with my partner then head to the local farmers’ market to get ingredients for a tasty brekkie. Then I’d head home for a home-cooked brunch before going for a walk in the Downs, perhaps catch a gig or have a wee dance in Brighton and then come home via the Duke of Wellington pub (probably the best pub in the world) for a nightcap and catch-up with chums.

In need of a chocolate fix now? We don’t blame you. Head to Chocolatician.com for everything you need to know about how to book a tasting experience, buy a workshop in a box (in-person workshops will be up and running again soon) or to shop some of her good-looking – and super-tasty –  chocs. 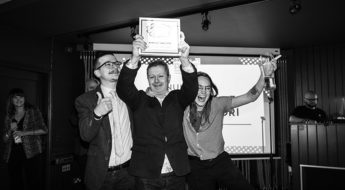 checking in | 24 hours in eastbourne